This short article identifies the document which records your agreement at the end of the mediation day. Every mediator will have his/her own variants on this procedure. I simply give you an outline here.

Of course, it is not enough simply to agree a deal at your mediation meeting. The important part is yet to come. You need to be able to see what you have agreed, written in hard copy, signed and dated.

What I refer to as a settlement agreement is also often known as “Heads of terms” or as a memorandum of understanding (“MOU”). These alternative names imply that the document is in some way incomplete. However, provided it is clear and comprehensible, signed by the parties and dated, it is a binding agreement which can be enforced in court if need be. That makes it the only exception to the confidentiality principle which underlies mediation and which is enforced in the mediation agreement between the participants and the mediator.

It is important to the impartiality of the mediator at this important stage that he avoids any involvement in drawing or writing up the settlement agreement. Strange as it may seem to some participants, the mediator will most likely ask you to write up your own agreement - manuscript. The mediator’s help may be limited to jogging the participants memories with regard to any points which have been agreed but might have slipped your mind after seven or eight hours of stressful negotiation.

Because the mediator is not in a position to act for either party, the settlement agreement will not usually contain the detail associated with a comprehensive commercial agreement. He may point out that the participants could instruct their respective solicitors to expand the agreement by adding more detailed provisions both on practical points and legal points one would normally find in such a document.

The Mediator can help you in one more way too, without prejudice to his professional position. At any time, you can print and download a very primitive draft agreement in the form of a basic structure and a number of paragraphs commonly used in legal agreements. It will be up to you to consider whether or not you want to use any of these paragraphs in constructing your settlement agreement.

In summary, whatever the content of your agreement, if both participants sign and date it and it is drawn in terms which are clear and it is sufficiently complete to be given effect by the Court then the Court will uphold it. The form and style of the document are irrelevant. A few hand-written words are enough.

If the parties are not represented at the mediation by their solicitors, then it is up to the mediator to draw in the strands of agreement, see it dated and signed and remind the parties that each should be able to take away a copy - which may often be a second manuscript copy.

Although the role of the mediator in connection with the settlement agreement is purely administrative, some mediators are prepared to provide low level guidance as to the precise wording, taking great care to avoid changing any of the provisions which have been agreed by the participants.

For an online mediation, the agreement can be signed electronically through a simple software procedure.

If the settlement agreement is signed and dated, it is still up to you to decide whether or not you wish to instruct solicitors to suggest improvements. Solicitors will make comments and suggest improvements, because that is what you pay them to do. But you should try to avoid a situation where you or your conflict party wants to change one of the points now agreed and signed. This happens most commonly when the parties go away to their respective solicitors and instruct them to draw up the final version.

If you or your conflict party then has second thoughts and decides to change something in the agreement then that is often the beginning of a disappointing return to the start of your negotiations.

If the deal is comparatively straightforward, the parties may well decide they don’t need solicitors. They have agreed what needs doing and they just get on with it.

Occasionally, the mediation proceeding runs out of time before the final terms can be agreed. One possibility is to adjourn the meeting to a future date. Another is for the parties to get together and come to a final deal, with the benefit of the continuing discussion before the mediator.

Back to “Mediating business disputes”

Choosing your venue
On the day of mediation 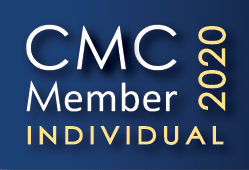